A few days ago, the Counter-Strike community brought us once againt a golden nugget that came out of the brain and labor of a fellow Redditor. Gifted in mathematics and/or statistics, 'PMAcsgo' brings to light in this graph the capabilities of players on two axes: rating and consistency.

PMAcsgo's graph. To view an interactive and more detailed version, please click to open in a new window.

The horizontal axis displays the rating and the vertical axis represents the consistency of the player. The rating used is not the Kill Death Ratio but the HLTV Rating, which is the "Number of kills per round" divided by the "Average number of kills per round", you may find a more complete and detailed explanation of how the Rating is calculated according to HLTV here. In regards to consistency, it is calculated in terms of the capacity of a player to keep the same level of performance throughout his games. The formula is clearly revealed but for you math heads, it is the coefficient of variation (Standard variation of the rating during the period divided by the mean of the rating during the same period).

In order to ensure that everyone understands, on the graph we can notice Happy taking off on the consistency axis, more precisely this means that he is very consistent around his rating of 1.0367 and that generally on the 55 maps used for the data he had a rating quite close to his average rating. Roughly speaking, a player who has a rating of 1 then 1.5, then 1.2, 0.7, 1.5, 1.3 etc will have a worse consistency than a player that had a rating of 1.01, 1.2, 1.1, 0.95 then 1 etc.

Now that you've gotten the big picture, let's take a closer look to the french players, those part of the Superteam and the rest.

Compared to the average of the world's best (represented by the axes) we have :

Strictly statistically speaking, the ideal Superteam would consist of three strong and skilled beasts as well as two solid and consistent players :

In reality, the Supterteam that seems to be appearing consists of :

The choice of bodyy is pretty much understandable: the numbers used for the statistics include his beginnings and everyone knows that he has improved quite a lot, it is thus not unthinkable to replace Happy with bodyy, especially since the In-Game Leading will be entrusted to shox. On the other hand, the choice of apEX might startle a bit more, with the nature of his numbers we would probably prefer a player like ScreaM whose impact is substantially more important.

Why trust these statistics?

Because they are the elements that are truly quantifiable and tangible. The statistics are used for your everyday life (average basket in stores, accounting, politics, etc) and in all sports (NBA, Football, etc). We often think that only the media speak of statistics, but no, the teams discuss them as well, when a coach delivers his analysis of demo before a match, he will say that the Gun Rounds of the opposing team are at 75% a B split throughout the five viewed games.

Next, because these statistics are weighted and are thus globally very correct. They utilize a great number of matches throughout the season as well as the HLTV Rating instead of a simple Kill Death Ratio, the results of the french teams that we highlight here are very similar and we can therefore not assume that a team has more flattering statistics because it had a great run and the other was outside of the world top 20.

Why should we not rely on these statistics?

Because statistics aren't everything. Within the conceivable theories explaining the absence of ScreaM, we could speculate that with the current five we have a completely French speaking lineup to whom the exorbitant and relevant cash prize of the WESG is within reach.

Because Counter-Strike is not only a list of statistics and talents but also a question of chemistry and roles. In the announced Superteam, we have roles that clearly seem to complete each other. shox, leader and lurker, kennyS as the sniper, apEX the entryfragger and bodyy as well as NBK as supports and wingers. The entrying trio will revolve around apEX who completely fits the role which is not currently nor previously the case of ScreaM.

And above all, you should not only trust the numbers as you should also think of the human factor. Let's be honest for a minute, it is no secret that the Superteam which would have the highest value on the market for a household name with ScreaM on the lineup:

I sincerely think that the players that are part of this new Superteam and NiaK are clever, smart and very much aware of the envy of organizations for the player profile that Adil Benrlitom represents. Therefore, I think that they have considered all this but have chosen to place ScreaM aside, there is thus a human factor that we aren't aware of.

So, what should we think?

Your champion Happy has not been selected for this lineup? Like myself, do you think that ScreaM clearly has his place?
No matter: support them! Overall this Superteam is fantastic and clearly should manage to reach the world's top 3.

Let's wish that this change, in the image of all others before him, allows the formation of a second competitive team with Scream, Happy, RpK, kioShiMa, Ex6TenZ and the numerous talents that we still have in store: xms, to1nou, SIXER, etc. 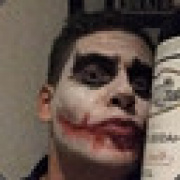