We're  with Lekr0 here in Katowice right after their victory against FaZe in quite an incredible fashion. It looks like you were down and out multiple times but you made it possible each time. There was this insane clutch by flusha in the last game that granted you the overtime. It must have been a rollercoaster, can you walk me through the emotions, the final?

From the beginning, we had a bad start, bad mood, stuff like that. During the Cache game we felt that whatever we did it wasn't working, we thought we were doing something wrong. Cache is random for us, we either play good or bad on it, and that one was really bad. After that, we got good communication back and stuff like that, we came back into the game and found our own momentum. Winning Overpass was huge for us, because we know it's their best map, and our worst map. Just playing that to almost perfection sometimes, it felt really good for us, we thought we had the upper hand, and Mirage and Train are coming up next.

Talking about Overpass, when you won their best map in such a dominant way, was that a point where you thought, "ok we got this"?

I think we thought this from the second map, from there. We felt that we're playing good together, really well. That's when it started but winning Overpass was the biggest factor to go even further.

Focusing on you. That was your first big final, against a scary team nonetheless. I think it was on Mirage, where it started horribly wrong for you, you had like one kill in 10 or 12 rounds, and then you started waking up. On Train you then put up excellent rounds that eventually helped getting to overtime. How did you overcome that slump as a player facing one of the biggest team on the biggest stage in the finals for the first time?

It was really special, because on Mirage, I think I was on 1-15, or 1-16 at some point, after the T side, and on the CT side it went pretty good on the B site, but not as good on the retakes. I felt like I had a good game, like I had good movement, I'm feeling on fire, but I only had one frag [laughs]. It was weird, but staying positive in that situation got me  far in the finals, to the next map and everything on Train. I know my teammates are really good and can carry me in some games or rounds when I play really bad. I can do the same for them. So just keeping my focus was the biggest factor in not losing control, or choke. 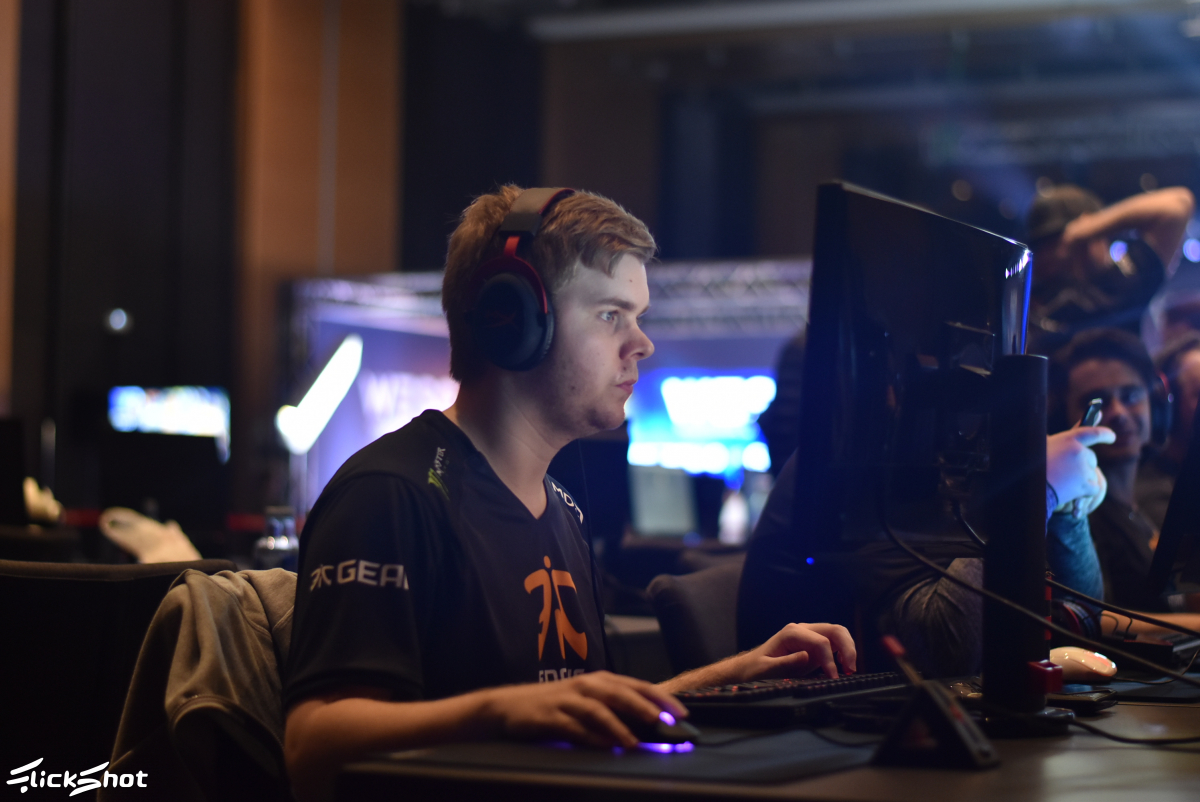 About the atmosphere in the team, we saw a couple of times KRiMZ going ham on the tables. Didn't that affect you in some way to have players that angry, frustrated? Or do you know it's just frustration venting and it will be brushed off?

It affects me sometimes when I feel it's my fault, if I do something bad in a clutch, like a team flashing and someone gets mad and hits the table. In that situation it would be bad, but it wasn't like this today. It was mostly close rounds, you're disappointed in yourself, you missed shots you shouldn't. Then some people just need to take out their frustration. I think it was mostly that, I didn't get affected by stuff like that.

Not even that last round on Mirage?

I don't even remember what happened in that round. [laughs]

Understandable, it was one hell of a round. You were 2v3  with flusha, retaking A, one guy firebox, one guy palace and one guy ramp, you clutched it and flusha died in the molotov.

Oh yeah, exactly. I was wondering why we didn't defuse, I didn't know they mollied the bomb. It was really close, I thought we had the round, I thought flusha was sticking it and didn't know there was a molotov. Well shit happens [laughs]. Overall though I think we did good by grinding back T side on Train, which was important.

Moving on, what does that mean for Golden? He's been promoted from the Academy team less than six months ago. He kind of proved himself there, right?

He did for sure. I think previously when we played EPL and ECS, he had a bit of a choke, he didn't feel comfortable. But you don't notice it anymore, that his calls are different, he does his things, he comes up with good calls and good tactics, and we play off of it. Since the major or even before that, he just adapts himself to the other team really well. It's nice for us. 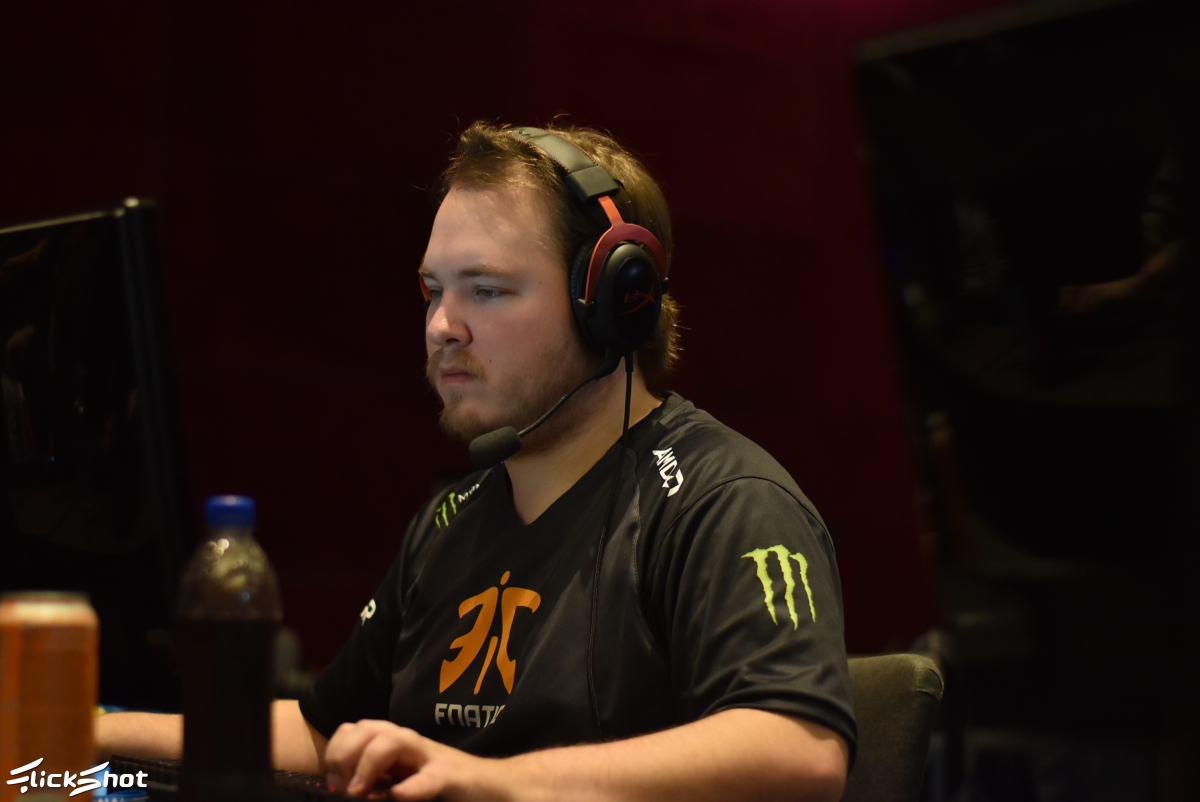 Talking about FaZe, the numbers are actually quite insane. They've been in eleven finals this past year, and lost seven of them. Was there anything in their gameplay or game plan that looked off in the finals? Something that was surprising coming from them?

I think they play a bit different sometimes. I think they play with more confidence, with too much. They think it's going to be easy peasy and they run and take extra duels. It doesn't surprise you anymore. Before it was a surprise factor, maybe NiKo goes through the smoke, he gets one or two frags and then will go for every frag. I think that's a bit different now, they take extra risks that they're not supposed to be taking. We do it as well in clutches sometimes, when we shoot everyone around and then we go five versus one against GuardiaN and lose, we threw this one so hard. [laughs]

Alright, when you get home, first thing you do?

First of all, shower after the flight, and then if it's late, sleep, if not, I'm going to go to the computer and hang out on TeamSpeak with my friends, chill.

Well congratulations again for the victory, and good luck for the future.