We're here in Katowice with NBK, of G2 Esports, who exited the tournament after one Bo1 victory and two three-maps defeat against Fnatic and then Ninjas in Pyjamas. I would like to start by asking about your feeling about this run and notably your match against NiP. We've seen Fnatic rise gradually since their assembly, but NiP were more of an unkown quantity. What's your thought on this run and especially your last match?

The three teams we played, we didn't really know what to expect, considering these are teams against which we don't practice a lot anymore. We didn't practice against NiP for weeks, nor against Fnatic, who've cut ties a bit since StarLadder and came back with headshots. Same for VP [laughs]. So yeah, we had to trust our own game against these teams, which is a bit looser now. Overall, I don't really know, I have mixed feelings about how we fared. Of course it's really disappointing to lose so early in the tournament, but we actually played good teams that showed good stuff.

And the way we lose... Fnatic, on Cobblestone, we get bullied on our CT side economy wise. Multiple times we're not far from breaking them, that kind of stuff. That really was a psychological war, with very specific rounds that made us losing instead of winning. For example at some point against Fnatic, they fake B on Cobble, and everyone rotates, no one's left on A, and then we have to retake, and it's impossible. This very specific round, we couldn't lose it,  and without that we could have come back. Against NiP, same story, we should have won Cache. We mount an incredible comeback on the T side, but it's not enough. We lose 16-14, after being up 14-14. It's all about that little something, it's really close, and it's very sad to lose in that context.

Talking about your last four months, we saw some really high peaks, with DreamHack Masters Malmö for example that you won, but in many other tournaments, you go through groups and you fall flat in the first bracket match. Why this repeating pattern?

Frankly that quite complicated, I don't think we even completely found out why. Personally, one of the main reasons is the fact that... I don't want to say we're unlucky, but we often played teams that we already played in groups. First they're super hungry when coming back to actually beat us, and second they adapt well, even though we won in groups, and they beat us in Bo3 right after. They adapt well on the maps, they're harder to ready, they're way more decisive when they come back in the game. Us, we do not come in these quarterfinals with the same mindset. The matchups are hard every team, they adapt well, and, sure it's sad once again [laughs], but it comes down to one Bo3. During the groups we do well, but then we fall. 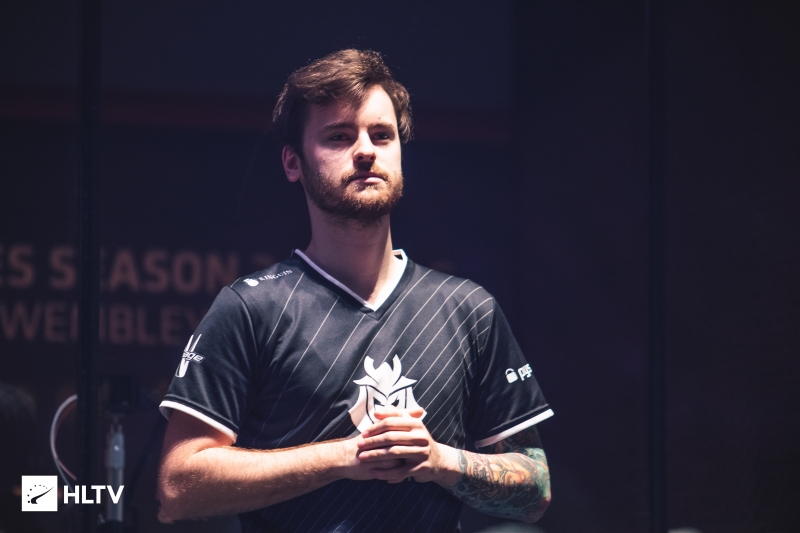 Let's talk about the future a bit, and notably about the fact that shox will have to undergo surgery for his wrist, around the middle of Match. Have you planned something for the period where he won't be available? Something that you wouldn't be able to do normally, go back over stuff, etc. ?

Alright! Let's focus on you, it's been in the spotlight obviously for some time, your usage of exotic weaponry, like the Krieg or Dual Elites, etc. It's already been discussed a lot, but I would like to comeback on a particular aspect. We sometimes see players that say they're burnout, tired. Does it help you maintain your motivation, to play with these weapons no one else really use? The fact that it's "fun", and that it's something that makes you like the game.

Absolutely ! I really see things that way, for me it remains a game. And nearly everything is viable in CS, a lot of weapons can be used. And I don't see why this specific weapon, we wouldn't have the right to use it, to have fun with it, to play with it, and yeah honestly I have a good feeling with it, be it when peeking or moving around the map. Yeah I love it. It's simple, but when someone likes something, a play style, well there it is I like to play with the Krieg. It's dumb, but sometimes I launched Faceit or MM games, just because I wanted to play with the Krieg and I thought "yeah it's going to be cool". So yeah there's that. And aside from that the weapon has a lot of advantages, that it draws from the way it's designed, and that a lot of people haven't particularly realised that, or simply won't get into it. I just happily jump into it. [laughs]

We sometimes see Magisk use that weapon.

Magisk uses it way less. I think he did that in a large part by arrogance. I took it at the very beginning, then he used it for a while when I wasn't using it anymore, and now I'm using it back, and he thought himself a Krieg-god but I showed him that it wasn't the case [laughs]. So yeah, I think on his part that was more something that had to do with arrogance. Then I don't want to stop anyone from using the weapon. If people start mastering these, I think it may change a few things. We'll see if these weapons are tried out in the future or not, if a new generation of CS players will use the other weapons or not. 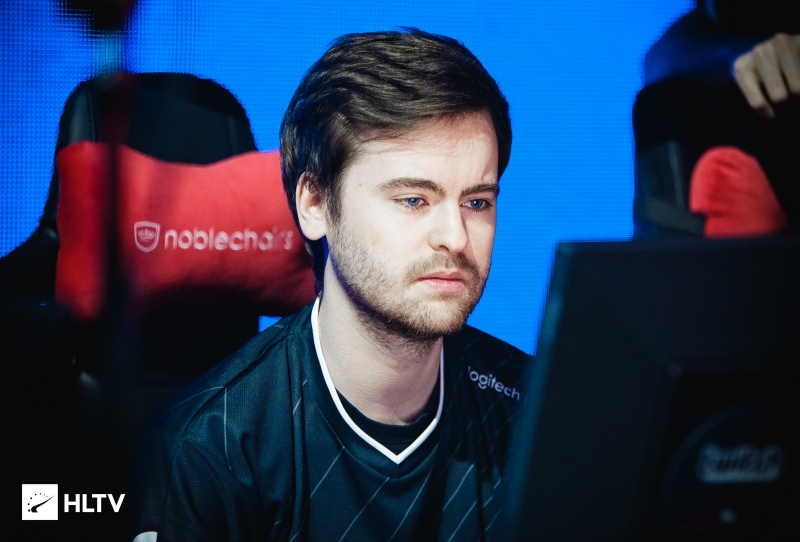 Going back to Fnatic, and especially the return of KRiMZ at the top, there's something between you and KRiMZ, with the LDLC/EnVy era when he was on Fnatic and you were fighting in the top four. With your positions and roles as well, which are pretty similar. To see him come back now, on fire like that, what reaction did you have? Have you noticed that specifically?

It's true that with KRiMZ there's something special, as you said with Fnatic we've always had a very strong rivalry. At the beginning, VG-NiP, it was different, they had roles that were way more different. But yes there's always been this comparison between KRiMZ and myself, and I think I'm more versatile that KRiMZ, but he's more solid on his specific positions, and when it comes to his role even. I'm quite happy for him because that's usually a type of role, a type of player that's not necessarily in the spotlight, and now everyone is talking about how strong he is, even though it's a support role, semi-support, alone on his bombsites. Honestly I think it's really good. And it's motivating to climb back. It shows that if he can climb back, it can't be the only one, someone else also could. And it's recreating some challenge, to fight again with us, and to fight with KRiMZ, who's one of the best at his role.

Let's switch to the french scene. What do you think about the new EnVyUs roster first, and about the kick of Ex6TenZ second?

Personally, I really like EnVy's new lineup. I really like what they will attempt, I know how Vincent, Happy, see things. And I think it's going to be a bit better honestly, their system with five AK, five rifles, on CT and T sides, I like it. The kick of Ex6, that's internal reasons, it's hard to judge, we only have echoes, and it does not necessarily reflect the reality. They do as they see fit. I know Ex6 very well, he has his qualities and his downsides, and it's still an event that involve both parties. There's no smoke without fire, so there must have been something on one side or the other. It's their choice, it's their thing, we already got our team to fix [laughs], so we don't really take care of the others. It's cool to see their evolution and what they do, but we're not following them full time.

Alright! That's it for me, anything to add?

Thanks for the interview, it's rare to see Flickshot, but that's cool!!

It's going to change!

Ok nice! Well thank you, and see you soon then!