RpK : "I’m looking for a team that works hard, even if on paper it’s not as shiny as EnVyUs"

We’re at the ESL Championnat National Summer 2018, I am joined by RpK, who’s lending a hand for Team LDLC at this edition. We will come back to that, but the first thing I would like to ask is about EnVyUs. It ended not long ago, and we’ve had the feedback of multiple players about it, via a couple Twitlongers or interviews, but we haven’t had the chance to hear about your personal experience, you’ve been very succinct on this. How do you summarize your time on EnVy?

Talking about the end of EnVy, we knew beforehand that it was going to end, after DreamHack Tours, I said in an interview what I saw as the issue. We couldn’t make do with what we had, there were issues with understanding each other, there were even trust issues, within the team. Personally I tried as best as I could to help the team be more serious and assiduous. We even had a bootcamp in London with EnVy, but unfortunately it didn’t pay off, as we continued having the same issues. At some point we had to consider that it was the end, and I preferred to withdraw from it. They offered me to go to China, kioShiMa had offered me to, but I wasn’t interested in continuing that way. I opted to take a step back, think about it, and that’s it. I chose to thank the organization for everything they did for us, and really, Mike is a great boss.

Then, the twitlongers, I didn’t do one because I thought there wasn’t much to say. kioShiMa first said what he thought about it first, then Happy came forward with his opinion, ScreaM summarized the whole thing himself. Everyone gave their side of the story. I’m not saying anyone is wrong, but if I want to summarize, it was a failure, the chemistry wasn’t building.

Now we have G2 that banked on shox’ project with Ex6TenZ and SmithZz, we have the ex-EnVy currently playing the European Minor qualifier, under the LeftOut tag. So how is the future shaping up for you right now? Are you taking a break? Do you have options?

What I really look for is a project where we work hard and we give ourselves the means to succeed. In the end, with EnVy, during this year and a half, it was just a smokescreen. We had the potential, we had the right ingredients to do well, but we couldn’t take advantage of that and work things out, always shooting ourselves in the foot. So what I’m looking for now is a team that works hard, even if on paper it’s not as shiny as EnVyUs. But something where I know that with work we will succeed. Some teams start with nothing, like when we look at AGO or even BIG, who manage to do well, that’s the kind of things I’m looking for. We will see what the future hold, I’m taking a break right now. I still work on my individual skills, I still play, this week I played with LDLC. It’s good to play. 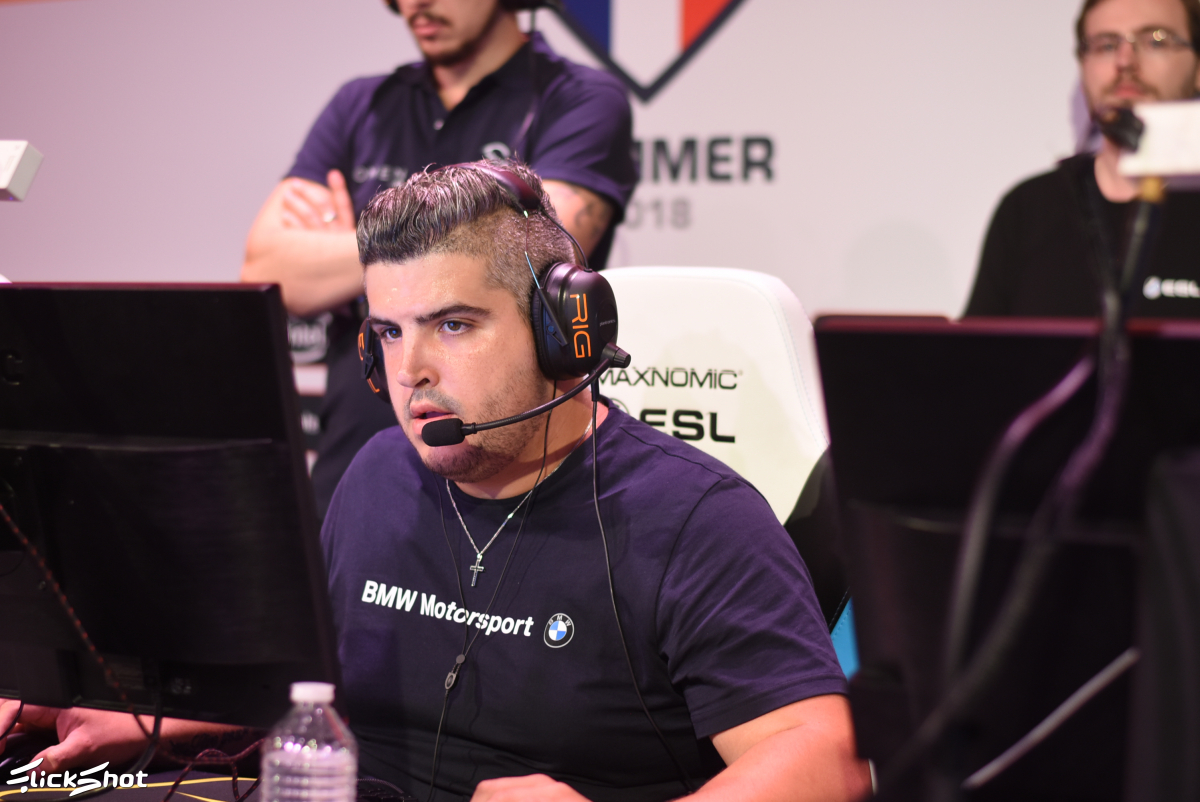 Talking about work, so you bootcamp for a week with LDLC so you can replace ALEX who can’t play today. How did the bootcamp unfold, how were you integrated in the team, how did the work pan out?

They asked me to replace ALEX and I was OK with that. At first I was just supposed to come for the match, with only one or two online practice. Then Ozstrik3r offered me to come by and practice at the gaming house. I like the game, I like to play, and I think it’s nicer at the gaming house, so I didn’t hesitate and accepted. That way we can all focus and get into it, even if I just stand in for their IGL. Obviously I don’t lead, it’s AmaNEk who led in the meantime. I tried to assimilate as much as I could, I was an encyclopedia during that week, trying to register everything. Ozstrik3r and Krav work really well in LDLC so that everything is well structured, the planning they enforce is really good, and in the end it was a good week, we lived and breathed CS all week long.

You play with players that are currently on the rise, devoduvek, AmaNEk, more recently logaN who has been recruited recently by LDLC. Is that something you would be interested in? Playing in a team with young players working hard, to help them reach new heights, climb the next step?

I wouldn’t mind. There’s a lot to bring, these are young players, they’re strong. Then we feel quite quickly what’s missing. The lack of adaptation, the analysis. They play, but they don’t really think about the opponent. They play their game, they play CS, but they don’t play relatively to the opposing team. So it’s a bit complicated, and there’s a huge lack of thinking about what’s happening in the match. But it can be taught, and with time it’s going to come. So yes that could be a good idea, why not. 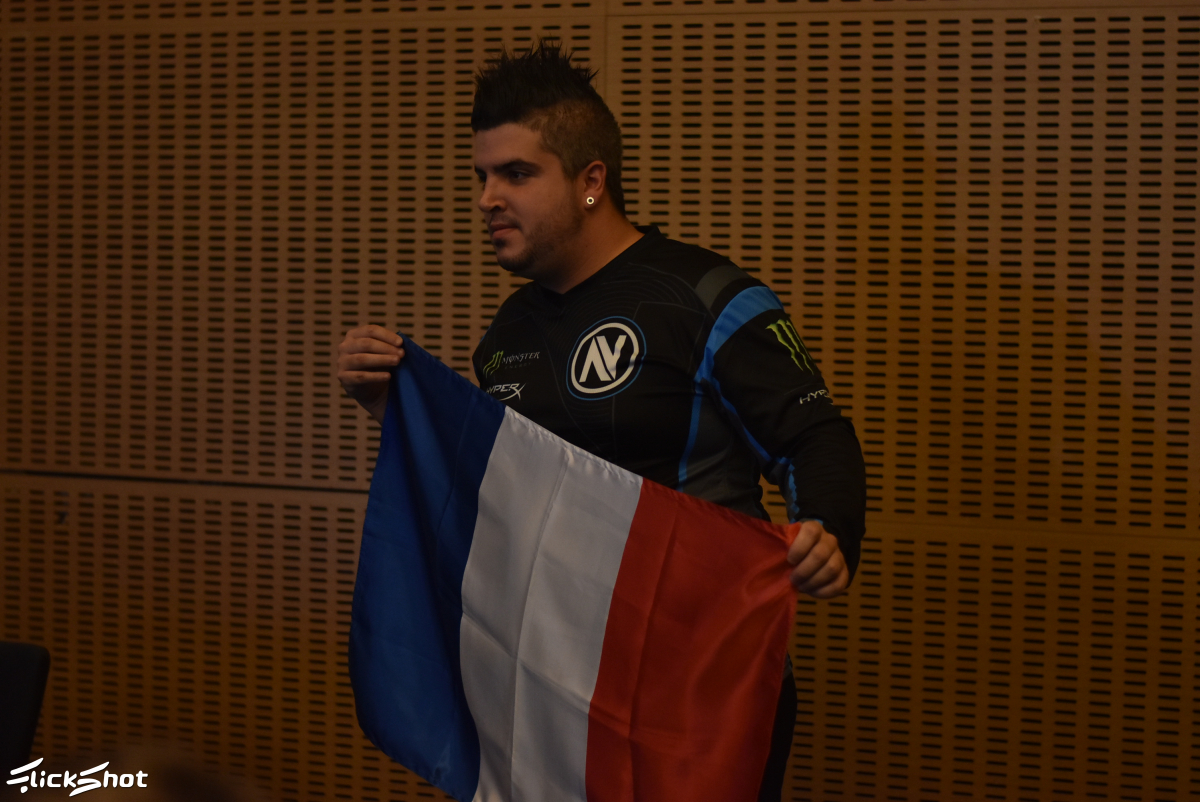 Continuing on the local scene, we mostly see the same faces at the top of French CS, it feels like it’s mostly about reshuffling the same players, with only a couple of exceptions, a few players that are promoted. Do you think that the new players succeed in climbing these steps? Do you think it’s fast enough, or that there’s not enough progress made by the local players and that they can’t get to these top teams to help them renew themselves?

I think we have a great basis of skill in France, skill is not lacking that’s for sure. But then what we look for in the top teams is that the player has a good mindset. Not everyone has it, young players are often a bit overexcited. And when they get there it’s kind of a yo-yo effect. So what’s sought is the right mindset, that the player will accept stuff, that he will adapt. Then in the top teams, I think these players are not trusted enough, and we tend to see the same players over and over. I think we should start mixing things up from now on, take two or three very talented guys, hungry for winning, and match them with more experienced players that will teach them. Of course there still need this trust and confidence because otherwise it won’t work. I think it should happen. We can already see teams like NiP, trusting draken and REZ, and it brought them so much. There’s VP that change because it’s not working. But yeah I think this should happen, starting to trust these players.

Coming back to this pool of players at the top in France, we’ve seen multiple times conflicts arising, due to differences of vision, opinion, etc. Every time we fantasize about the best French team we’re always stuck with “ah but this player can’t play with this other player” etc. But you seem to be pretty absent from this. You do not seem to be part of these conflictual relationships. How do you explain that?

I think the players we’re talking about have a hard time communicating with each other. When something go wrong, they start spitting on each other. Overall it’s an unhealthy situation, some things are not addressed, and we end up with conflicts. Personally, I don’t get into that. First I question myself a lot. And I think that’s one of the issues. Many do not question themselves and prefer to rest on their laurels or point someone else out, and it creates problems. We never try to get together and think “ok now let’s get to work and stop being silly”. Not everyone does it, I do not.

If we talk about Vincent, what happened in EnVy was that there were a lot of players who had conflicts with him, in terms of leading, etc. But we never shook up Vincent and told him what was wrong really, people assumed Vincentwould never change. I never really had that kind of trouble, and yet I played a lot with Vincent, in duo on CT positions. We’ve always adapted. It’s true he has his idea, his convictions. But when it doesn’t work, I could tell him “ok it’s not working let’s try out something else” and he would let me try. When we look at Train, when I was with him on the CT side, it worked pretty well. Then,  when it comes to me, I don’t get into this, I won’t spit on anyone, I’ve never had any problem with the players, and I don’t think I’ll ever have any. 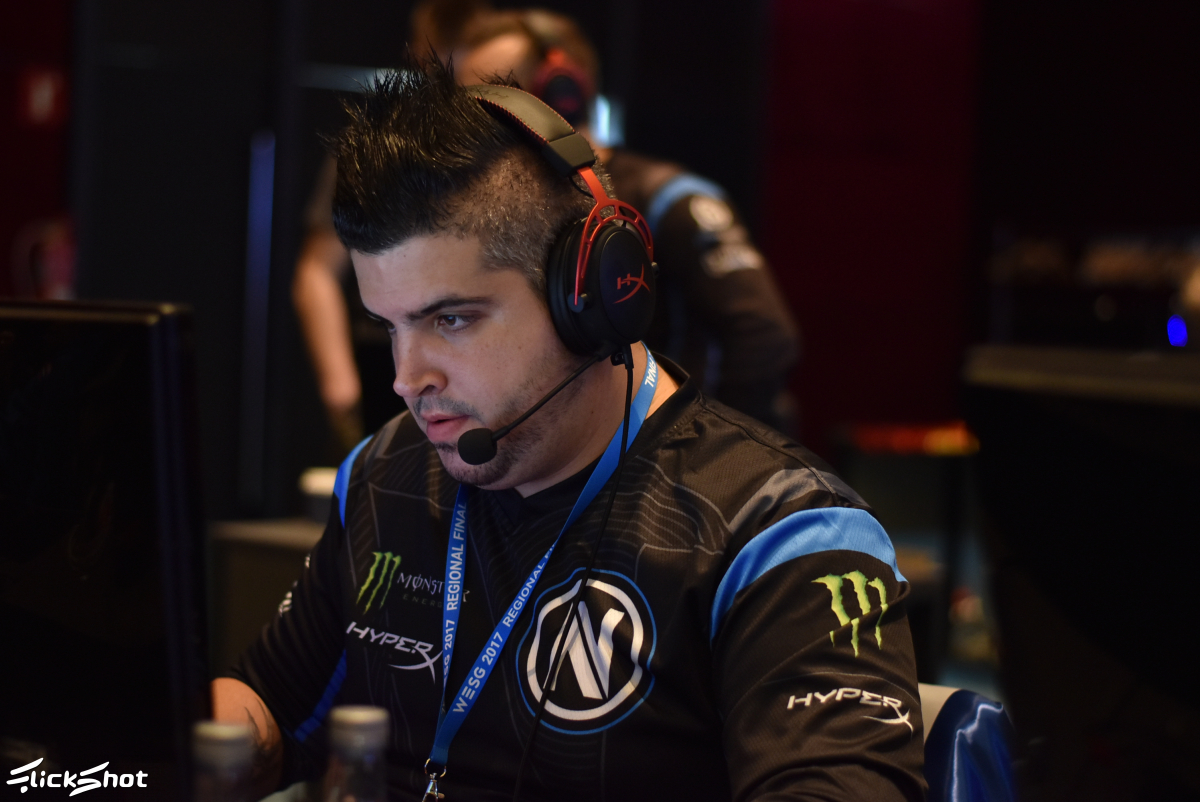 To end it on a more nostalgic note, there’s a showmatch going on right now with Team Source going up against Team 1.6, with old timers like Shokkk, flex0r, HaRts, mateOo, coming back behind the keyboard and mouse to play. Does it bring memories, to see Shokkk with that VeryGames jersey, that kind of things?

It’s quite funny to see them here indeed. I smiled when I saw them all around the table, I thought we were back ten years ago. But yeah it’s good to see them. The funny thing is I was with Ozstrik3r yesterday, as we bootcamped with them, and he was determinated, we know how he is, but I don’t think it’s going so nicely today, they’re getting wrecked, we’ll see on map two.

Also another question, anticipating the future a bit, how about being coached by krL one day?

Why not. I’m not against the concept of coaches. We’ll see. For now the future is uncertain for me. I’ve got offers, notably abroad. But for now I’m giving myself time, I study every option, and also work on my English as well. I tell myself that I have the possibility, but for now I'm waiting to see how things go.

Alright, well if you got anything to add?

As usual, I want to thank everyone that supported us. Know that I don’t intend on stopping now, I still want to continue with CS, especially because I know I’m capable and I have what’s needed, then I think a lot about it, and I’ll surely bounce back soon.